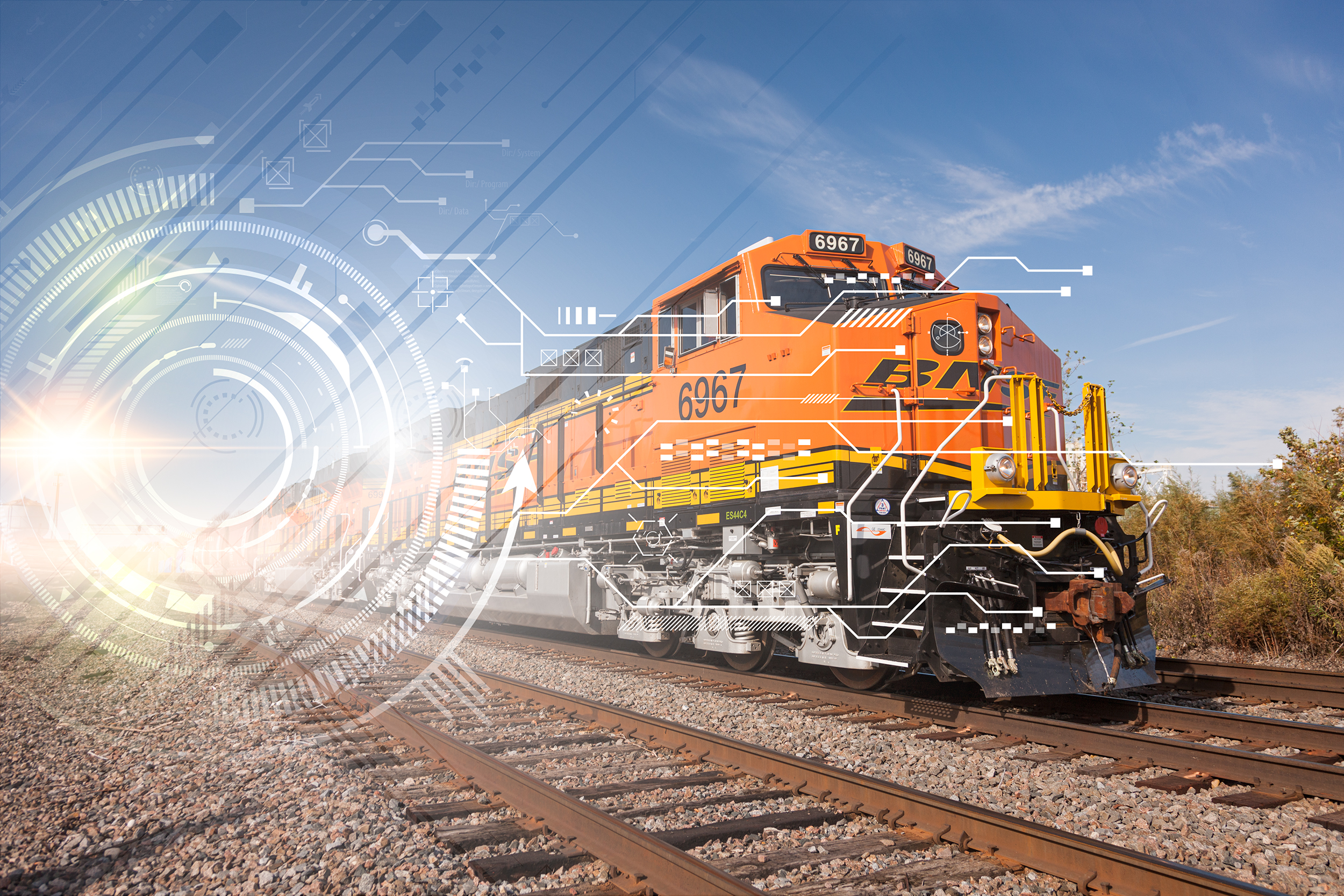 BNSF and project partners are developing and will soon begin testing a battery-electric high-horsepower road locomotive (the type that moves freight trains from Point A to Point B). BNSF and other railroads have tested low-horsepower battery-electric locomotives in rail yards for years, but mainly for switching freight cars.

“What’s different about today’s batteries is that they are significantly more powerful than before, and manufacturers have improved battery quality, reliability and technology so we’re able to test their power for our road locomotives,” said BNSF’s Michael Cleveland, senior manager, Emerging Technologies.

In 2018, BNSF and Wabtec (formerly GE Transportation) joined forces to begin developing a 100-percent battery-electric road locomotive prototype that works with conventional diesel locomotives to make a battery-electric hybrid consist. (Consist refers to when two or more locomotives are coupled together.) Performance testing of the hybrid is expected to begin in late 2020.

The project is being supported by a grant from the California Air Resources Board as part of its Zero- and Near Zero-Emission Freight Facilities program. Once all the equipment and support systems are in place, the plan is to run tests between Stockton and Barstow, California – about 350 miles.

Once fully developed, the battery-electric locomotive will provide environmental benefits and fuel savings for the entire locomotive consist. While in the rail yard, the consist will shut down or idle the other locomotives (when possible) and use the battery-electric locomotive to reduce local emissions and noise. Once on the road, the locomotive consist will work behind the scenes to determine the best way to use the battery power. Thanks to this capability, the consist could also choose to “graze” on battery power when the train is cruising through open landscape, saving hundreds of gallons of diesel.

“It certainly has the potential to be a game changer, especially as the technology continues to mature,” said Wabtec’s Dan McNair, senior product manager for North American Locomotives. “Our demonstration project in California with BNSF will give us tremendous insight into the capabilities of battery power, as well as the best and safest operational methods of leveraging the technology. Smart utilization of the batteries with diesel power can provide multiple operational benefits, and I expect the proliferation of battery locomotives will happen over the next decade."

BNSF’s prototype locomotive will use a battery cell similar to what you might find under the hood of an electric car. It is a lithium-ion energy storage unit with cells that contain a combination of nickel, manganese and cobalt. In terms of size and packaging, however, it’s on a totally different scale.

Consider a standard electric car battery usually holds a few hundred storage cells — each around the size of a mini-tablet computer. The locomotive prototype will have a battery with approximately 20,000 cells, and future versions may have as many as 50,000 cells. The cells also must be able to weather the heavy-going environment of a locomotive. From the outside, the battery-powered locomotive won’t look much different from its diesel counterparts.

Before the pilot testing of the locomotive can begin, a battery charger will need to be designed and installed at BNSF’s Mormon Yard in Stockton later this year. While the Stockton battery charging station will provide an initial charge, the new locomotive will be designed to provide regenerative power under braking to extend its range.

The battery-electric locomotives will also use an advanced version of train energy management software to look at the route ahead and calculate how to best use the battery to reduce fuel consumption.

And together, with our project partners, we’ll be leading the “charge” in railroading’s future.